The Importance of Sleep for Hockey Players


There's no luxury about sleep. Lack of a regular routine of 8-9 hours causes serious problems and risks in day-to-day living. Consider the needs of a hockey player who wants to achieve at his or her highest level. 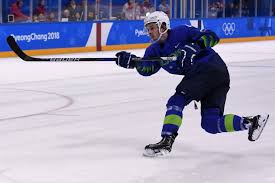 You know you should probably get more sleep.

Mom probably told you to go to bed earlier. Coach probably threw a 9:30 curfew on the squad on the road. Someone, at some point, has preached about the importance of a that supposedly magical 8-hours.

If you’re serious about performance – they’re not wrong.

Getting into that late night Instagram lurk or Netflix binge could actually be holding you back from peak performance. This article is really to share the current Sleep/Sport Science research with my own athletes when I tell them that my favourite performance enhancement supplement is a good night sleep.

Sleep Benefit 1: Improved Reaction Times
Elite reaction times aren’t just for goalies. Explosive cuts, avoiding a big dman stepping up on you, getting that shot off instantly in the slot – reaction time is essential for high performance.

And, this can be significantly impacted by sleep.

A Harvard study found that an all-nighter can reduce reaction times by 300% and take days to recover from (1). So while a good nights sleep before a game is important, not having good sleep habits throughout the week can still reduce performance on Friday.

Multiple studies have found that fatigue can have the same effect on reaction time performance as intoxication. So while it’s easy to understand the significance playing after a couple beers would have – hockey players need to consider if their sleep habits may be slowing them down.

So while (hopefully) elite athletes understand the significance playing drunk would have on peak performance, more hockey players need to consider if their sleep habits may be slowing them down on game day.

Benefit 2: Reduced Injury Rates and Improved Overall Health
The headline sounds obvious, and it is. Sleep improves health and reduces injuries, but a lot of athletes don’t really understand the magnitude of this.

A recent study looking at injuries rates of high school athletes found sleep was the single greatest predictor injuries, even greater than stressors such as practice hours or work load.

Furthermore, high quality sleep allows for greater regenerative activity in the body that hockey players need from the wear and tear of tough practices and hard fought multi-game weekends against rivals. Sleep should be considered your #1 injury prevention tool.

If you want to hear the significance of sleep on performance from someone smarter from me, the lead investigator of this study (Dr. W. Christopher Winter from Martha Jefferson Hospital Sleep Medicine Center) broke it down his study like this:

“We were shocked by how linear the relationship was, it is a great reminder that sleepiness impairs performance. From a sports perspective, this is incredibly important. What this study shows is that we can use the science of sleep to predict sports performance”.
There you have it.

Benefit 4: Better accuracy, faster sprint times
Research from another brilliant researcher, Cheri Mah (who studies sleep & athlete performance at Standford), looked directly at the relationship between sleep and performance in basketball players.
Her study recorded sprint times/shooting accuracy after every single practice for a entire season, and found that players who increased their sleep not only ran faster, but also improved BOTH free throws and 3-pointers by 9% each.

This level of improvement is significant in basketball and while, not hockey specific, performance gains this substantial could easily be theorized to be translatable to hockey.

Benefit 5: Fewer Mental Errors
You’ve likely experienced it: an all-nighter or late night with buddies and the next day you’re living in a fog. While this obviously would hurt your performance on-ice, even just reduced sleep at smaller doses (even just a couple hours) has been found to impair mental traits such as focus, speed & memory and decision making
This just isn’t it a research lab, but has been found to cause significant mental declines in athletes. MLB players were found to have poorer “plate discipline” (or decision making skills) as the season progressed through periods of declined sleep. Over an insane 162 games, decision making declined – and the primary cause is suspected to be fatigue. Scott Kutscher, the lead researcher on the paper suggested that:

“A team that recognizes this trend and takes steps to slow or reverse it – by enacting fatigue-mitigating strategies, especially in the middle and late season, for example – can gain a large competitive advantage over their opponent.”

Shoot for 7-9 hours depending on how hard you’re training. It doesn’t require a team of experts, it just requires turning the phone off and getting into bed a little bit earlier. Performance can be enhanced through more than just practice or training, and sleep’s an easy way to up your game. Enjoy those extra Zzz’s!