How did that COVID-19 vaccine happened so fast?

How did that COVID-19 vaccine happen so fast?

Years, even decades of research brought us to yesterday, the initial rollout of a vaccine for COVID-19, the most disastrous public health calamity in modern times.

In layman's terms, the Pfizer vaccine is all about genetics, DNA, and cell biology. The vaccine utilizes our genetic processes and what they do...which is to create life in our bodies and in all living things. We lay people have known about genetics since high school, when we studied a little bit about Gregor Mendel and his experiments with peas. Mendel discovered the basic principles of heredity and laid the mathematical foundation of the science of genetics.

What James D. Watson and Francis Crick discovered by 1953, and which revolutionized biology and medicine, was how each of our 30 trillion cells (except for mature red blood cells) is able to pack inside its nucleus the 20,000 genes that serve as the instruction manual for us and for all living things.

DNA, deoxyribonucleic acid, is the material from which the 46 chromosomes in each cell's nucleus are formed. DNA contains the codes for the body's approximately 20,000 genes, which govern all aspects of cell growth and inheritance. Watson and Crick discovered that DNA has a double helix structure--two intertwined strands resembling a spiraling ladder. A gene is a distinct section of that DNA and contains the codes for producing specific proteins involved in our body function. In a very short-handed description, genes send information to single-strand structures called messenger RNA (messenger ribonucleic acid). It is the messenger RNA that leaves the cell's nucleus and begins the process of protein building, the essential work of life.

What the scientists and doctors at Pfizer accomplished was to harness the messenger RNA of the Corona-19 virus, which is the active agent of the of the corona virus. The scientists made a synthetic copy of the virus's messenger RNA instead of using a section of living, or dead, virus as has been typically done in previous vaccines. Also, it has been reported that the Pfizer and the Moderna vaccines are less risky to the body and easier to make in mass doses...qualities much needed in an unprecedented pandemic.

As noted scientist and Nobel laureate Leon Cooper said, our investment in basic scientific research must be generous and ongoing. Advances that led to the creation of the personal computer, for example, relied on previous research on transistors, which relied on previous research in basic physics. Had the revolution in our understanding of genes and cellular biology not stood where it is, these vaccines, providing hope to a despairing world, would not have been possible.

FYI -- There's a basic explanation of DNA, genes and cells in my book, "Healing the Brain: Stress, Trauma and Development" by David Balog.

Start reading it for free: https://a.co/9IsS8pG

Can we settle the election selection, please?

Today is the meeting of the Electoral College, the appendix of our election system. Not in one place, but in 50 state capitals and the District of Columbia, the electors, for whom votes were actually cast on November 3rd, will gather in a pro-forma manner and choose our president. It appears that Joe Biden will speak after the electors cast their votes.

It all used to be so easy, before Donald Trump. He continues his dangerous game of contesting the legitimacy of president-elect Biden and for his own selfish benefit, refuses to concede the election. The next stop on Trump's train wreck is the joint meeting of the Senate in the House of Representatives on January 6th, where the electoral votes will be officially counted and certified. And there's where Trump and his anti-democracy Gunga Dins will fight the certification of the electors, a process ironically (and worse) overseen by Vice President Mike Pence. While he is certain to fail again, Trump has delivered more mayhem on democracy and distrust in the system, both now and for the foreseeable future. A final kick as he walks out the door.

By the way, one of Biden's electors meeting at the state capitol in Albany, New York, will be Hillary Clinton.

Posted by David Balog at 5:12 AM No comments:

I've got something to say 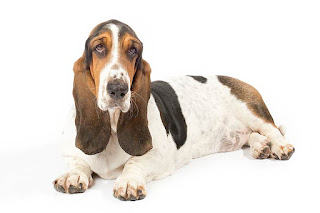 Posted by David Balog at 2:47 AM No comments: