Coffee and Chocolate Make You Smarter

There's no longer any controversy: Every healthy diet should include at least some caffeine.

GETTY IMAGES
Neuroscience continues to uncover new ways that coffee and (to a lesser extent) tea and chocolate, tend to make brains healthier and more resilient. 2019 has already seen some amazing research breakthroughs that are definitely worth sharing.
First, a joint study from the National Institute on Aging and Johns Hopkins University, and published last January in Neurochemical Research magazine, discovered that a methylxanthines--a class of chemical found in coffee, tea and dark chocolate (cacao)

"has clear effects on neuronal network activity, promotes sustained cognitive performance and can protect neurons against dysfunction and death in animal models of stroke, Alzheimer's disease and Parkinson's disease."
That same study also discovered that xanthine metabolites--a chemical released when your brain processes caffeine, "may also contribute to the beneficial effects of coffee, tea and cacao on brain health."
Second, a meta-analysis of 11 studies on the impact of coffee on brain health and published in World Journal of Surgical Oncology showed that both coffee and tea (and thus, by extension, cacao) doesn't just reduce the risk of alzheimer's disease but also reduces the risk of brain cancer.
Finally, a groundbreaking study at Okayama University
"indicated that intake of coffee components, CA and CGA, enhanced the antioxidative properties of glial cells and prevents rotenone-induced neurodegeneration in both the brain and myenteric plexus."
Translation: caffeine makes your brain more flexible and resilient.
The big takeaway: if you want to keep your brain healthy both today and in the future as you age, you should be consuming coffee, tea, or cacao.
How much?
Well, chances are you're not consuming enough. Studies have shown that the ideal daily dosage of coffee is about six to eight 8oz cups, ideally consumed prior to 2pm so that it doesn't disturb your sleep.
If that sounds like too much coffee, consider replacing a cup or two with an ounce of dark chocolate. It need hardly be said that, for other health reasons, you should be consuming coffee, tea and cacao without sugar or creamer.  But you still get the brain-boost, regardless.
Posted by David Balog at 5:54 PM No comments: 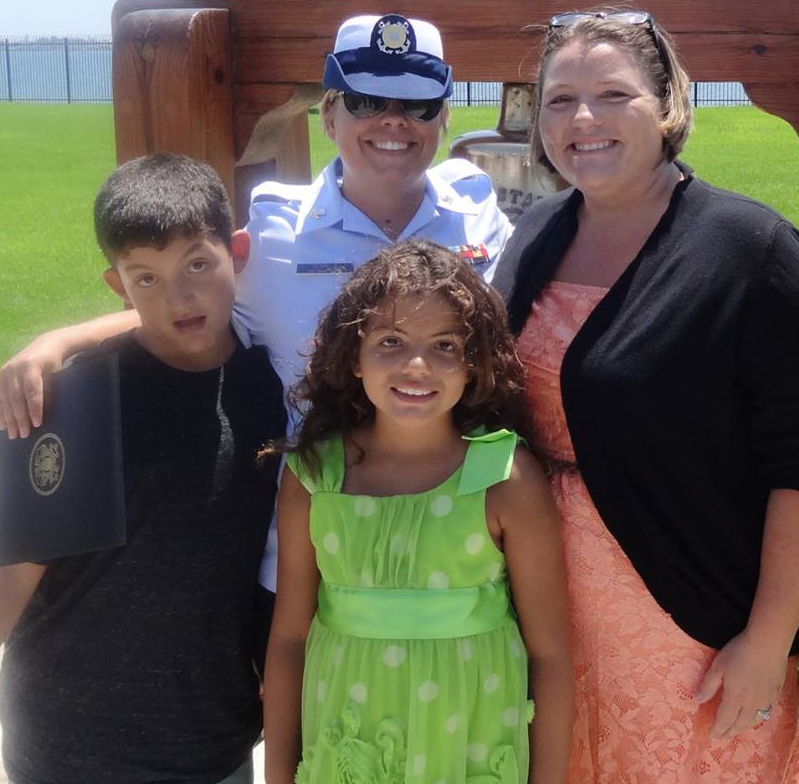 Beating Trump with Facts and a Massive Vote

To beat Trump next year will require a massive get-out-the-vote effort, beyond even the Democratic wave of 2018. It will require motivating the 100 million Americans eligible to vote who can't find their way to a voting booth--mostly because they don't think their vote matters.


The Voter Answer Book series has been designed to gently but persuasively motivate the uninvolved about how this government works, with its imperfections, and how it affects us all every day.

Book 1 provides a brief history about the founding of the government, the  Declaration of Independence, the Constitution, and the errors and omissions committed by the Founders. Not least of the failures was to ignore the issue that would lead the new nation into a crippling Civil War: slavery.

Future books will cover the history and issues regarding health care, climate change, gun control, the Supreme Court, immigration and the 14th Amendment, education, reproductive rights, and more. Each future book will be released on an ongoing basis.

Resources in the books will include information about how to register to vote, online or in-person

About the authors: David Balog is a published author who previously worked for the Dana Foundation. He worked for the late William Safire, winner of the Pulitzer Prize and former language columnist for the New York Times. Gerry Huerth is a longtime community activist involved in Native American education and a social studies professor at Hennepin County Community College in Minneapolis. 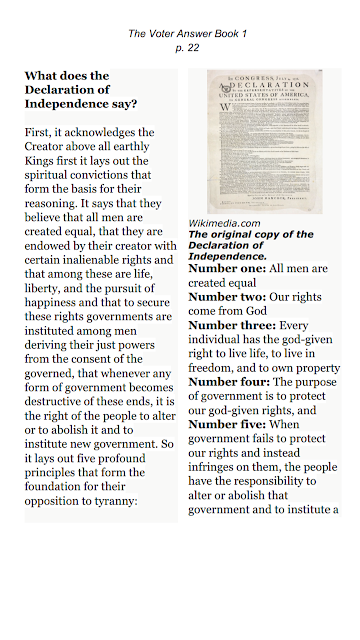 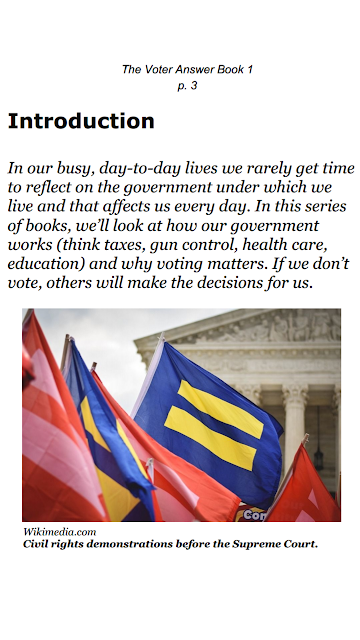 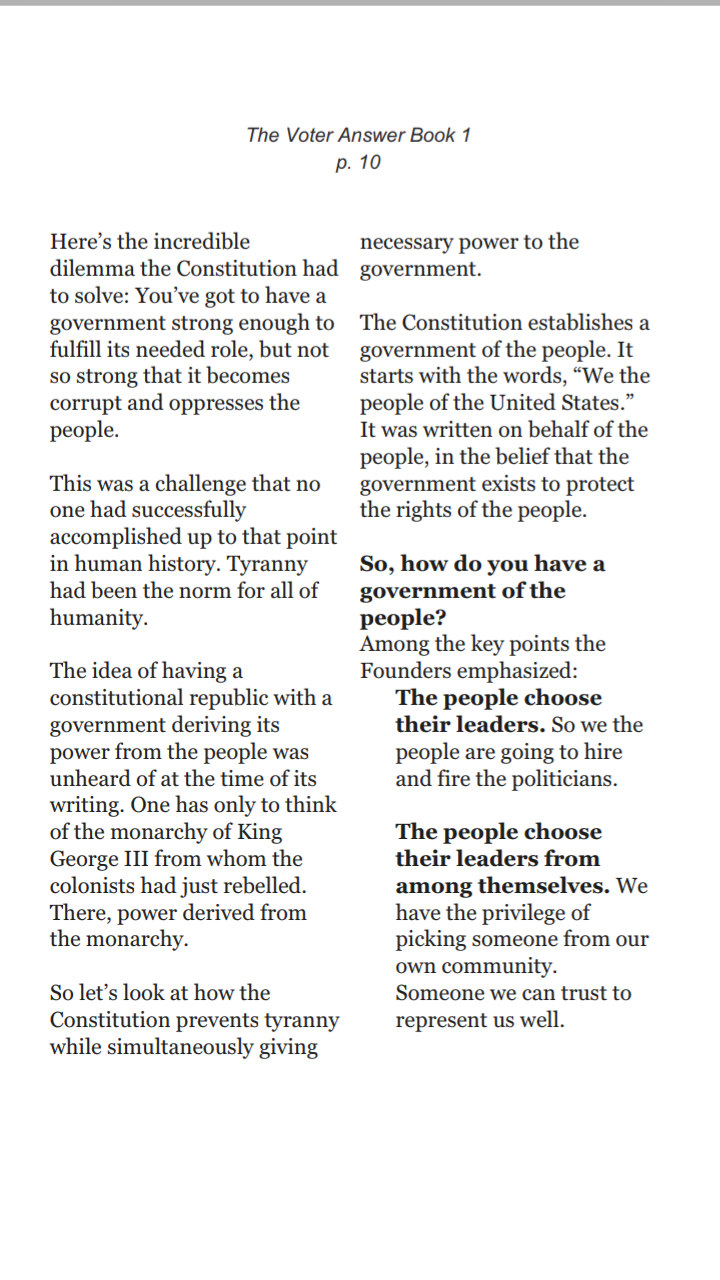 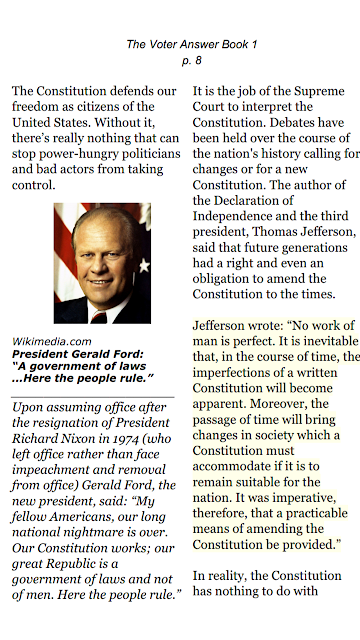 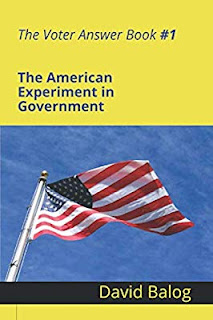 Posted by David Balog at 2:40 AM No comments:

Left-handedness has genetic home in the brain


Summary:
New research identifies regions of the genome associated with left-handedness in the general population and links their effects with brain architecture. Scientists linked these genetic differences with the connections between areas of the brain related to language.

A new study has for the first time identified regions of the genome associated with left-handedness in the general population and linked their effects with brain architecture. The study, led by researchers at the University of Oxford who were funded by the Medical Research Council -- part of UK Research and Innovation -- and Wellcome, linked these genetic differences with the connections between areas of the brain related to language.


It was already known that genes have a partial role in determining handedness -- studies of twins have estimated that 25% of the variation in handedness can be attributed to genes -- but which genes these are had not been established in the general population.


The new study, published in the journal Brain, identified some of the genetic variants associated with left-handedness by analysing the genomes of about 400,000 people from UK Biobank, which included 38,332 left-handers.


Of the four genetic regions they identified, three of these were associated with proteins involved in brain development and structure. In particular, these proteins were related to microtubules, which are part of the scaffolding inside cells, called the cytoskeleton, which guides the construction and functioning of the cells in the body.


Using detailed brain imaging from approximately 10,000 of these participants, the researchers found that these genetic effects were associated with differences in brain structure in white matter tracts, which contain the cytoskeleton of the brain that joins language-related regions.


Dr Akira Wiberg, a Medical Research Council fellow at the University of Oxford, who carried out the analyses, said: "Around 90% of people are right-handed, and this has been the case for at least 10,000 years. Many researchers have studied the biological basis of handedness, but using large datasets from UK Biobank has allowed us to shed considerably more light on the processes leading to left-handedness."


"We discovered that, in left-handed participants, the language areas of the left and right sides of the brain communicate with each other in a more coordinated way. This raises the intriguing possibility for future research that left-handers might have an advantage when it comes to performing verbal tasks, but it must be remembered that these differences were only seen as averages over very large numbers of people and not all left-handers will be similar."


Professor Gwenaëlle Douaud, joint senior author on the study, from the Wellcome Centre for Integrative Neuroimaging at the University of Oxford, said: "Many animals show left-right asymmetry in their development, such as snail shells coiling to the left or right, and this is driven by genes for cell scaffolding, what we call the "cytoskeleton."


"For the first time in humans, we have been able to establish that these handedness-associated cytoskeletal differences are actually visible in the brain. We know from other animals, such as snails and frogs, that these effects are caused by very early genetically-guided events, so this raises the tantalising possibility that the hallmarks of the future development of handedness start appearing in the brain in the womb."


Professor Dominic Furniss, joint senior author on the study said: "Throughout history, left-handedness has been considered unlucky, or even malicious. Indeed, this is reflected in the words for left and right in many languages. For example, in English "right" also means correct or proper; in French "gauche" means both left and clumsy.


"Here we have demonstrated that left-handedness is a consequence of the developmental biology of the brain, in part driven by the complex interplay of many genes. It is part of the rich tapestry of what makes us human."

Why we gain weight as we get older

September 9, 2019
Karolinska Institute:
Many people struggle to keep their weight in check as they get older. Now new research has uncovered why that is: lipid turnover in the fat tissue decreases during aging and makes it easier to gain weight, even if we don't eat more or exercise less than before. 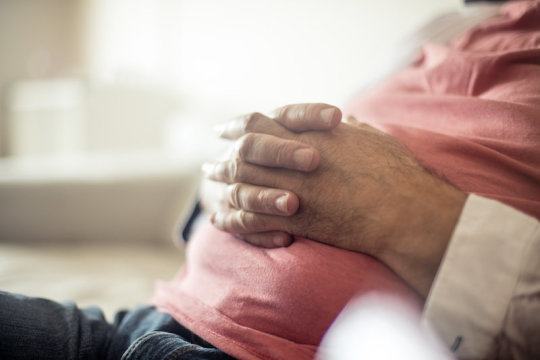 Older man's belly (stock image).
Credit: © Mladen / Adobe Stock
Many people struggle to keep their weight in check as they get older. Now new research at Karolinska Institutet in Sweden has uncovered why that is: Lipid turnover in the fat tissue decreases during ageing and makes it easier to gain weight, even if we don't eat more or exercise less than before. The study is published in the journal Nature Medicine.
The scientists studied the fat cells in 54 men and women over an average period of 13 years. In that time, all subjects, regardless of whether they gained or lost weight, showed decreases in lipid turnover in the fat tissue, that is the rate at which lipid (or fat) in the fat cells is removed and stored. Those who didn't compensate for that by eating less calories gained weight by an average of 20 percent, according to the study which was done in collaboration with researchers at Uppsala University in Sweden and University of Lyon in France.
The researchers also examined lipid turnover in 41 women who underwent bariatric surgery and how the lipid turnover rate affected their ability to keep the weight off four to seven years after surgery. The result showed that only those who had a low rate before the surgery managed to increase their lipid turnover and maintain their weight loss. The researchers believe these people may have had more room to increase their lipid turnover than those who already had a high-level pre-surgery.
"The results indicate for the first time that processes in our fat tissue regulate changes in body weight during ageing in a way that is independent of other factors," says Peter Arner, professor at the Department of Medicine in Huddinge at Karolinska Institutet and one of the study's main authors. "This could open up new ways to treat obesity."
Prior studies have shown that one way to speed up the lipid turnover in the fat tissue is to exercise more. This new research supports that notion and further indicates that the long-term result of weight-loss surgery would improve if combined with increased physical activity.
"Obesity and obesity-related diseases have become a global problem," says Kirsty Spalding, senior researcher at the Department of Cell and Molecular Biology at Karolinska Institutet and another of the study's main authors. "Understanding lipid dynamics and what regulates the size of the fat mass in humans has never been more relevant."
Posted by David Balog at 4:38 PM No comments: