Childhood Trauma: We Reap What We Sew 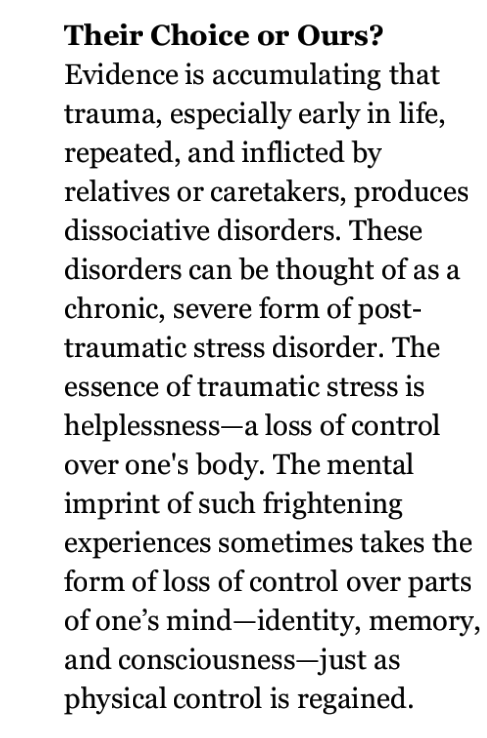 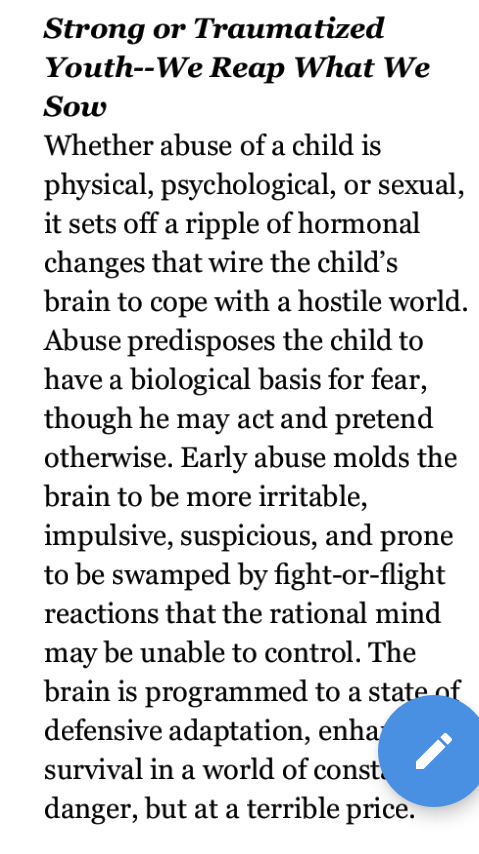 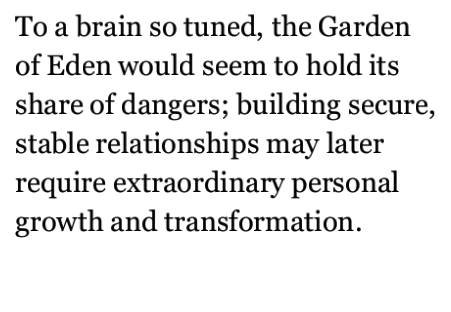 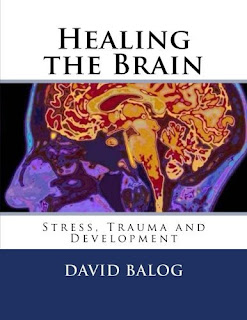 Posted by David Balog at 7:03 PM No comments:

How Quitting Smoking Improves Your Health

Quitting smoking can re-wire your brain and help break the cycle of addiction. The large number of nicotine receptors in your brain will return to normal levels after about a month of being quit.

Quitting smoking will keep your hearing sharp. Remember, even mild hearing loss can cause problems (like not hearing directions correctly and doing a task wrong).

Quitting smoking will improve your night vision and help preserve your overall vision by stopping the damage that smoking does to your eyes.

Nobody likes a dirty mouth. After a few days without cigarettes, your smile will be brighter. Quitting smoking now will keep your mouth healthy for years to come.

Quitting smoking is better than anti-aging lotion. Quitting can help clear up blemishes and protect your skin from premature aging and wrinkling.

Smoking is the leading cause of heart attacks and heart disease. But many of these heart risks can be reversed simply by quitting smoking. Quitting can lower your blood pressure and heart rate almost immediately. Your risk of a heart attack declines within 24 hours.

When you quit smoking, your blood will become thinner and less likely to form dangerous blood clots. Your heart will also have less work to do, because it will be able to move the blood around your body more easily.

Quitting smoking will not get rid of the fatty deposits that are already there. But it will lower the levels of cholesterol and fats circulating in your blood, which will help to slow the buildup of new fatty deposits in your arteries.

Scarring of the lungs is not reversible. That is why it is important to quit smoking before you do permanent damage to your lungs. Within two weeks of quitting, you might notice it’s easier to walk up the stairs because you may be less short of breath. Don’t wait until later; quit today!

There is no cure for emphysema. But quitting when you are young, before you have done years of damage to the delicate air sacs in your lungs, will help protect you from developing emphysema later.

Cilia (The fine hairlike projections from certain cells such as those in the respiratory tract that sweep in unison and help to sweep away fluids and particles) start to regrow and regain normal function very quickly after you quit smoking. They are one of the first things in your body to heal. People sometimes notice that they cough more than usual when they first quit smoking. This is a sign that the cilia are coming back to life. But you’re more likely to fight off colds and infections when you’re cilia are working properly.

Quitting smoking will prevent new DNA damage from happening and can even help repair the damage that has already been done. Quitting smoking immediately is the best way to lower your risk of getting cancer.

Quitting smoking will reduce your belly fat and lower your risk of diabetes. If you already have diabetes, quitting can help you keep your blood sugar levels in check.

If you’re a woman, your estrogen levels will gradually return to normal after you quit smoking. And if you hope to have children someday, quitting smoking right now will increase your chances of a healthy pregnancy in the future.

If you quit smoking now, you can lower your chances of erectile dysfunction and improve your chances of having a healthy sexual life.
"The nicotine was making me dead, inside and out. Now I feel free, vibrant, energetic, focused, and so alive!"
-Smokefree Arwen

Blood and the Immune System

When you quit smoking, your body will begin to heal from the injuries that smoking caused. Eventually, your white blood cell counts will return to normal and will no longer be on the defensive.

Quitting smoking will improve blood flow to wounds, allowing important nutrients, minerals, and oxygen to reach the wound and help it heal properly.

When you quit smoking, your immune system is no longer exposed to tar and nicotine. It will become stronger, and you will be less likely to get sick.

Quitting smoking will help increase the availability of oxygen in your blood, and your muscles will become stronger and healthier.

Quitting smoking can reduce your risk of fractures, both now and later in life. Keep your bones strong and healthy by quitting now.

SmokeFree.gov
Posted by David Balog at 9:57 PM No comments:

Expanding primary care buprenorphine treatment could curb opioid overdose crisis7 Expanding the availability of medication treatment for opioid use disorder in primary care settings would be a major step toward reducing overdose deaths, write two physicians specializing in addiction medicine and health care delivery in the July 5 issue of New England Journal of Medicine. In their Perspectives article entitled "Primary Care and the Opioid-Overdose Crisis - Buprenorphine Myths and Realities," Sarah Wakeman, MD, medical director of the Massachusetts General Hospital Substance Use Disorders Initiative and Michael Barnett, MD, of the Department of Health Policy and Management, Harvard T.H. Chan School of Public Health, describe current barriers to expanded delivery of buprenorphine treatment and outline possible solutions."One of the tragic ironies is that with well-established medical treatment, opioid use disorder can have an excellent prognosis," they write, noting that almost 80 percent of Americans with opioid use disorder are unable to receive treatment and that the growth in distribution of buprenorphine - one of three FDA-approved medications for the treatment of opioid use disorder - has been slowing rather than increasing in recent years. "To have any hope of stemming the overdose tide, we have to make it easier to obtain buprenorphine than to get heroin and fentanyl."The authors describe 5 persistent but inaccurate myths that they believe prevent buprenorphine from being more widely adopted:O That is more dangerous that other common health care interventions,O That buprenorphine treatment is just replacing one addition for another,O That abstinence-based treatment - short-term detoxification and rehabilitation - is more effective than medication-based treatment,O That providing buprenorphine treatment is particularly onerous and time consuming for primary care physicians (PCPs),O That physicians should just reduce opioid prescriptions to address the overdose epidemic
Most outpatient buprenorphine treatment is already provided by PCPs, and expanding the availability of office-based buprenorphine treatment, as several other countries have done, presents a realistic solution to addressing the overdose crisis, the authors note. They write, "We are in the midst of a historic public health crisis that demands action from every physician. Without dramatic intervention, life expectancy in the United States will continue to decline. Mobilizing the PCP workforce to offer office-based buprenorphine treatment is a plausible, practical, and scalable intervention that could be implemented immediately."###Harvard T.H. Chan School of Public Health. EurekAlert
Posted by David Balog at 3:13 PM No comments:


The researchers* found evidence suggesting that autistic adults are over-represented among the homeless population. They have called for more research to understand the links between autism and homelessness, to help prevent autistic people becoming homeless and to improve support for those who are already homeless.
Existing research & method
Anecdotal reports from autism clinicians and keyworkers, as well as two small studies from a few years ago, have suggested that there may be high numbers of autistic people in the homeless population. But this is the first academic research looking at this issue properly.
The researchers attempted to fill this gap by gathering initial evidence about the prevalence of autistic traits in homeless people. They worked with one homeless outreach team is the UK and screened 106 people they support to see if they could be autistic.
Results & discussion
12.3% of homeless people had a range of autistic 'traits' in line with diagnostic criteria. This is substantially higher than the general population autism prevalence of 1%. It is not clear that this 12% were actually autistic, but the screening suggested that they could be.
Writing in the journal, Autism, the researchers said: "If autistic difficulties are common among homeless populations, then this has important implications. Many people are homeless in the United Kingdom; the most recent estimate is that there are almost 5000 rough sleepers at any one point (Ministry of Housing, Communities and Local Government, 2017), and there is a much larger group of people with no stable accommodation who are termed the 'hidden homeless' (Crisis, 2017). There may therefore be a considerable number of homeless autistic adults who are not having their needs met and who are in an extremely vulnerable position."

Alasdair Churchard has a doctorate in Clinical Psychology from University College London and worked on this study alongside Morag Ryder, William Mandy and Andrew Greenhill. He said: "Our research shows that autistic people may be at higher risk of becoming homeless than the general population.
"It is well-known that life for homeless people is extremely mentally and physically hard, and those who are autistic are likely to have additional vulnerabilities which would only make their lives more difficult.
"Further research is required in this area, and we have been working with professionals in the homelessness field to raise awareness about the potential links between autism and homelessness."
Sarah Lambert, Head of Policy at the National Autistic Society, said: "This is an important and robust study, which suggests that there could be a significant number of autistic adults who are homeless - and potentially living without an understanding of their needs or appropriate support.
"It's well established that many autistic people struggle to get the support they need and face huge difficulties throughout their lives, including high rates of mental health problems, underemployment and social isolation. We've heard anecdotal reports of autistic adults falling through gaps in support and into homelessness but there's very little research into this or awareness of this as an issue.
"This is the first peer-reviewed study to provide initial evidence of a link between autism and homelessness and provides an important platform to get to grips with this issue. We now need further research to investigate this link, and to develop the right support for homeless autistic people and to prevent those at risk from falling into homelessness in the first place."
"Homeless autistic people have gone unrecognised and unsupported for far too long."
Case study
Dr. Andrew Greenhill, a clinical psychologist also involved in the research, said: "One person that stands out for me is an older man who had lived on the street for 45 years, in an inner city.
"He ran away from his family home because his relationship with his father was so poor and physically abusive. He then survived by following a regular routine and sleeping in the same place every night, relying on the food made available at day-centres and drop ins. He refused all professional help or contact, and existed in a 'bubble' whereby he refused all attempts to engage. It was clear that he found social engagement of any kind very distressing and was highly motivated to avoid this.
"Eventually he was admitted to hospital after it appeared he'd had a stroke, and was unable to care for himself. He eventually accepted a room in a low intensity 'cottage hotel' hostel, where there were few, if any expectations about things like form filling, attending meetings or assessments. He has since managed to maintain his preference for privacy and solitude whilst having his basic needs met, with support workers around to keep an eye on him and to help out if any difficulties arise."
###
Read an article about the research on the Conversation website and access the full research paper in the Autism Journal.
*The research was carried out by Alasdair Churchard, alongside Morag Ryder and William Mandy from University College London and Andrew Greenhill from Kensington & Chelsea Learning Disability Service.
Disclaimer: AAAS and EurekAlert! are not responsible for the accuracy of news releases posted to EurekAlert! by contributing institutions or for the use of any information through the EurekAlert system.
Posted by David Balog at 9:01 PM No comments: