If you can share this with a media person--or anyone--we would surely appreciate it! 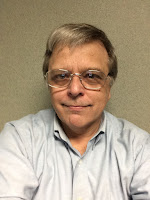 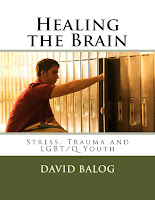 The recent mass shooting at a gay nightclub in Orlando has sent deep shockwaves through Lesbian, Gay, Bisexual, and Transgender communities worldwide. For most gay people, a bar is the first place to explore their identities and a continuing place for socializing. “A feeling of safety has been taken away, magnifying everyday stressful experiences,” said Fred Elia, president of the Schenectady ­based LGBT support group A Thousand Moms. Elia also noted that this particular hate crime targeted both the LGBT community and people of color. "It hit a lot of nerves," he said. In an attempt to understand and reduce LGBT stress,

A Thousand Moms has released Healing the Brain: Stress, Trauma and LGBT/Q Youth. According to Dr. Bill Buffie, a contributor to the book: “Despite the prevalence of same­sex households and campaigns to protect human rights, gay persons find the very nature of their being constantly debated within our legislative bodies, the courts, and the mainstream media. They are subject to ridicule and are commonly the targets of demeaning and derogatory slang terms or insensitive jokes. Their morality and value as human beings are frequently questioned by individuals and organizations ignorant or unaccepting of current medical and social science literature concerning the gay population.”

The author, David Balog, is a science and medical writer. He worked for many years at the Dana Foundation in New York City. This non­profit organization focuses on building public support for brain research. There Balog created and wrote the highly successful Dana Sourcebook of Brain Science. He says, “Healing from the effects of chronic stress is crucial for gay youth to lead full lives. The process can only start with knowledge of the situations gay youth face and ways to reduce that stress and the ensuing problems.” ­­