At what age is it safe to leave a child home alone? 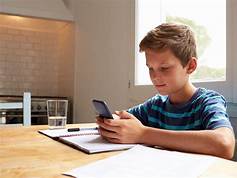 At what age is it considered child neglect to leave a child home alone?

October 25, 2019
American Academy of Pediatrics
A majority of social workers surveyed believe children should be at least 12 before being left home alone four hours or longer, and they are more likely to consider a home-alone scenario as neglect if a child is injured while left unsupervised.

A majority of social workers surveyed believe children should be at least 12 before being left home alone four hours or longer, and they are more likely to consider a home-alone scenario as neglect if a child is injured while left unsupervised, according to research being presented at the American Academy of Pediatrics (AAP) 2019 National Conference & Exhibition.
The research abstract, "Social Workers' Determination of When a Child Being Left Home Alone Constitutes Child Neglect," will be presented on Monday, Oct. 28 at the Ernest N. Morial Convention Center.
"We found that social workers who participated in the study were significantly more likely to consider it child neglect when a child was left home alone if the child had suffered an injury, as compared to when they did not," said Charles Jennissen, MD, FAAP, clinical professor and pediatric emergency medicine staff physician for the University of Iowa Carver College of Medicine in Iowa City.
"The level of neglect is really the same whether a child knowingly left home alone is injured or not, and such situations should be handled the same by child protective investigators," he said.
For the study, researchers surveyed 485 members of the National Association of Social Workers (NASW) who designated their practice as "Child/Family Welfare" from October to December 2015. They provided scenario conditions through an emailed survey in which a child of varying age was left home alone for four hours. The scenarios also varied by whether the child had been injured or not when left at home alone, and if there were a relevant "home alone" laws.
In cases where a child was not injured, nearly every social worker determined that leaving a child home alone for four hours was child neglect when the child was 6 years old or younger. More than 80% of social workers stated that this was child neglect if the child was 8 years or younger; about 50% stated it was child neglect if the child was 10 or younger. A lower proportion described the scenario as child neglect when a child was age 12 or 14.
When the scenarios included the conditions where a law made it illegal to leave a child at home alone or a child was injured, social workers were significantly more likely to consider it a case of child neglect at 8, 10, 12 and 14 years of age. The social workers were also asked at what age should it be illegal to leave a child alone for four hours, over one-half stated it should be illegal for children under 12 years of age and four-fifths agreed it should be illegal for children under 10 years.
Studies have shown that the lack of adult supervision contributes to more than 40% of U.S. pediatric injury-related deaths, the authors note. They say that the results suggest the need for uniform guidelines and safety laws related to childhood supervision nationally, in order to direct social workers in their evaluation of potential cases of child neglect and to better protect children from harm.
"This study recognizes that there are critical connections between safety laws, advocates and professionals in child welfare, and families with small children," said Gerene Denning, PhD, emeritus research scientist at the University of Iowa Carver College of Medicine. "It takes partnership between all of these to prevent childhood injuries."