In this blog we will look at topics on the brain. Learn along with a copy of our book series, Healing the Brain. Get your copy today. 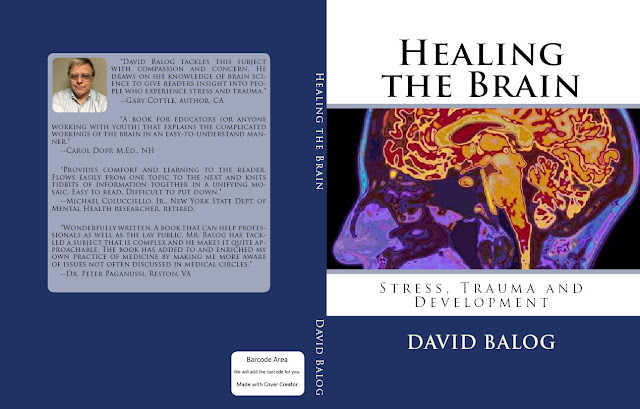 My Mind Is a Web Browser:
How People With Autism Think
By: Temple Grandin, Ph.D. (/Authors/Temple_Grandin,_Ph_D_/)
The struggle that made possible Temple Grandin’s early development, graduate education, and notable career as a professor of animal behavior, designer of animal facilities worldwide, and celebrated writer, speaker, and researcher on autism, is told in her books, Emergence: Labeled Autistic (1986) and Thinking in Pictures and Other Reports From My Life With Autism* (Vintage Books, 1996).

Since writing Thinking in Pictures, which described my visual way of thinking, I have gained further insights into how my thought processes are different when compared to those of people who think in language. At autism meetings, I am often asked, “How can you be effective at public speaking when you think in pictures that are like video tapes in your imagination?” It is almost as though I have two levels of consciousness that operate separately. Only by interviewing people did I learn that many of them think primarily in words, and that their thoughts are linked to emotion. In my brain, words act as a narrator for the visual images in my imagination. I can see the pictures in my memory files.

When I lecture, the language itself is mostly “downloaded” out of memory from files that are like tape recordings. I use slides or notes to trigger opening the different files. When I am talking about something for the first time, I look at the visual images on the “computer monitor” in my imagination, then the language part of me describes those images. After I have given the lecture several times, the new material in language is switched over into “audio tape-recording files.” When I was in high school, other kids called me “tape recorder.”

Non-autistic people seem to have a whole upper layer of verbal thinking that is merged with their emotions. By contrast, unless I panic, I use logic to make all decisions; my thinking can be done independently of emotion. In fact, I seem to lack a higher consciousness composed of abstract verbal thoughts that are merged with emotion. Researchers have learned that people with autism have a decreased metabolism in the area in the frontal cortex that connects the brain’s emotional centers with higher thinking (the anterior cingulate).1 The frontal cortex is the brain’s senior executive, like the CEO of a corporation. Brain scans indicate that people with autism use problem-solving circuits in social situations. Unlike non-autistic people, the emotion center in their amygdala is not activated, for example, when they judge expressions in another person’s eyes.

I do have the ability to control the rate at which pictures come onto the “computer screen” in my imagination. Some people with autism are not able to do this. One person with autism told me that images explode into a web of a pictures that are interrelated. The decision-making process can become “locked up” and overloaded with pictures coming in all at once.

When I read an article in Neurology about frontal temporal lobe dementia, I became extremely excited. It provided a scientific foundation for the idea of hidden visual thinking under a layer of verbal thinking. Research on frontal temporal lobe dementia, an Alzheimer’s-like condition that destroys language and social areas in the brain, demonstrated that, as the condition progressed, visual skills in art emerged in people who had no interest in art.5 The increase in creativity was always visual, never verbal. Brain scans found the highest activity in the visual cortex. As the patient’s cognitive abilities deteriorated, the art became more photo realistic. Artwork published with the journal article looks like the art of autistic savants.

I SEE THE DECISION PROCESS

I see the decision-making process in my mind in a way most people do not. When I tried to explain this to a person who thinks in language, he just didn’t get it. How my decision-making works is most clearly seen in an emergency.

On a bright, sunny day, I was driving to the airport when an elk ran into the highway just ahead of my car. I had only three or four seconds to react. During those few seconds, I saw images of my choices. The first image was of a car rear-ending me. This is what would have happened if I had made the instinctive panic response and slammed on the brakes. The second image was of an elk smashing through my windshield. This is what would have happened if I had swerved. The last image showed the elk passing by in front of my car. The last choice was the one I could make if I inhibited the panic response and braked just a little to slow the car. I mentally “clicked” on slowing down and avoided an accident. It was like clicking a computer mouse on the desired picture.