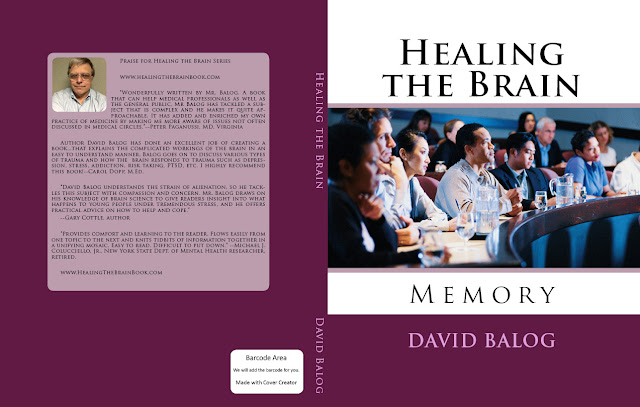 The Four Pillars of Alzheimer’s Prevention

By: Dharma Singh Khalsa, M.D., and George Perry, Ph.D. Editor’s Note: Much is yet to be discovered about the precise biological changes that cause Alzheimer’s, disease, why it progresses more quickly in some than in others, and how the disease can be prevented, slowed, or stopped. And while researchers continue to search for the magic pill that can prevent or halt the spread of amyloid in the brain, our authors believe that changing or modifying one’s lifestyle and attitude can make a difference in both prevention and treatment.

Memory problems come in all shapes and sizes. Some people tend to forget where they put their cell phone, or cannot easily recall names. Or they can’t recall taking their medication or remember the birthday or anniversary of a loved one. Whether they admit to themselves that their forgetfulness seems to happen with greater frequency or they worry about losing their memory as they age, they are right to be concerned. Because our aging population is on the rise, Alzheimer’s disease (AD)— an irreversible, progressive form of dementia that slowly destroys memory and thinking skills as people age and is ultimately fatal—has steadily risen from about 4 million in the late 1990s to 5.4 million today.

Funding uncertainty notwithstanding, the positive effects of a healthier lifestyle on cognition were recently documented for the first time in a longitudinal study. The two-year, 1,200 participant Finnish Interventional Geriatric Study for the Prevention of Cognitive Disability (FINGER) showed that a healthy diet, exercise, socialization, and mental stimulation can dramatically reduce the development of AD in people at risk for cognitive decline. The French MAPT Study: A Multidomain Approach for Preventing Alzheimer’s Disease also suggested that lifestyle modification has an effect in reducing risk factors. This multi-domain approach is consistent with the four-pillar strategy recommended by a number of reputable sources, including the Alzheimer’s Research and Prevention Foundation (ARPF), the Dana Alliance, the American Association of Retired Persons, and the Alzheimer’s Association.

The aforementioned studies add substantially to mounting scientific evidence that suggests lifestyle and psychological well-being play a critically important role in Alzheimer’s prevention. We have taken them into account, along with our own findings, in fine-tuning our longstanding recommendations for staving off and even helping to reverse AD to the following four strategies. The secret to AD prevention is tied to maintaining connections: between your brain cells, other people, and your well-being.

Pillar 1: Diet and Supplements
Diet is one of the most important targets for lifestyle modification to prevent AD. Many people still blindly follow the Standard American Diet, or SAD. According to the US Government, about 75 percent of all Americans do not consume an adequate amount of vegetables and fruits, while most exceed the recommended amount of sugars, saturated fats, sodium, and calories. Studies show that rejecting SAD may be critical in the fight against AD.

The science reveals that those who eschew processed foods and choose whole, real-food options have the least decline in mental faculty. Research published in the Alzheimer’s Association’s journal Alzheimer’s & Dementia, for example, confirms that making the switch from a fat- and meat-heavy way of eating to a primarily plant-based diet—no matter how old a person is when doing so— can slow and possibly reverse memory loss.The components of a healthy diet may enhance cognitive performance by one or more of several actions:  affecting synaptic plasticity, synaptic membrane fluidity, glucose utilization, mitochondrial function, or reducing oxidative stress.

Many studies highlight the Mediterranean diet that is rich in vegetables, fruit, nuts, olive oil, and fish or seafood. Researchers at UCLA discovered that study participants who followed  this eating plan, which is modeled on the traditional diet of certain Mediterranean peoples, had lower levels of AD’s hallmark amyloid-beta plaques in the spaces between their brain nerve cells, along with fewer telltale tangles of tau protein—meaning those important cell connections were firing properly. And at the Mayo Clinic, through MRI scans, researchers found that participants who followed the Mediterranean diet for a year had greater thickness in parts of their brain’s cortex that play a role in memory. Those on the SAD diet, on the other hand, lost cortex. These findings have implications for maintaining cognitive function:  positive associations of the Mediterranean Diet scores were observed with average cortical thickness in parietal and frontal lobes, and in regions of the brain that mediate or support elements such as memory, executive function, and language. Americanized versions of the Mediterranean diet, as well as the MIND ( Mediterranean-DASH Intervention for Neurodegenerative Delay ) and DASH (Dietary Approaches to Stop Hypertension) diets, have also shown promising results.  Research from Rush University, where the MIND diet was developed by nutritional epidemiologist Martha Clare Morris, revealed that the MIND diet could turn back your mental aging clock the equivalent of up to 7.5 years. Although this is now widely accepted by researchers, further confirmative studies are ongoing.

The ARPF nutrition plan has much in common with both the Mediterranean and MIND diets. Some of the organization’s main tenets are:
●     Vegetarian foods: A vegetarian diet—full of fruits and vegetables, nuts and seeds, legumes and soy—improves focus and begets higher productivity. Wild-caught salmon is the only animal protein the Alzheimer’s Research & Prevention Foundation’s diet recommends for its brain-friendly omega-3 fats, advising eating it only two to three times a week.
●     Juicing: Fresh juices are alive with the vitamins, minerals, trace elements, and phytonutrients needed to strengthen the brain.
●     Supplements : Take a high-potency multivitamin and multi-mineral supplement that includes folic acid. Memory specific supplements of omega-3 oils, phosphatidyl-serine, coenzyme Q10, alpha lipoic acid, huperzine-A, and resveratrol are also recommended.

As previously noted, we suspect that certain genes can influence risk of developing AD. But well-chosen foods and their nutrients may move gene expression toward a sharp brain. “Genetics are not our destiny,” says Victor S. Sierpina, M.D., professor of family and integrative medicine at the University of Texas Medical Branch in Galveston. “How we eat can have a major impact in reducing our risk of developing this feared condition.” By moving away from the SAD diet to a more Mediterranean-type diet, it is possible to eat for optimal brain health.

Buy today on Amazon!
Posted by David Balog at 10:03 PM