Harvey Weinstein and the Biology of Trauma

Hollywood movie executive Harvey Weinstein has been accused of and alleged to have committed sexual assault over a number of years on a number of actresses. Such a story strikes an all-too-common nerve in America, perhaps revealing the depth and widespread nature of such abuse. In this excerpt from Healing the Brain: Depression, we look at the biology of stress and trauma experienced by the victims and why it is a pernicious wound.


Wounds that Time Alone Won’t Heal
The Biology of Stress

How do the brain and the body react to stress? Stress, such as the threat of attack, forces various changes in the body. First, adrenaline causes an increase in heart rate and blood pressure so that blood can be sent to muscles faster. Second, the brain’s hypothalamus signals the pituitary gland to stimulate the adrenal gland (specifically the adrenal cortex) to produce cortisol.


This stress hormone, a longer-acting steroid, helps the body to mobilize energy. However, prolonged exposure to cortisol can damage virtually every part of the body. Chronic high blood pressure can cause blood vessel damage and the long-term shutdown of digestion can lead to ulcers. 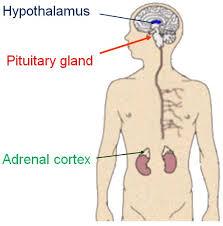 SimplyPsychology.org
Stress, such as the threat of attack, forces changes in the body carried out by the hypothalamus-pituitary-adrenal axis (HPA).


Why do some people experience more stress than others? Individuals who feel they have control over their lives appear to experience less stress. It also depends on personality and temperament. Aggressive, competitive types are more likely to define a situation as stressful than a passive, accommodating personality. A universal stress producer seems to be social isolation.


PTSD: A Breakthrough in Diagnosis
In 1980 the mental health community established the diagnosis of Post Traumatic Stress Disorder, PTSD, and revolutionized the way the field views the effects of stress. This change acknowledged that many of the symptoms people experience after exposure to trauma can be long-lasting, if not permanent. Before that shift, the field tended to view stress-related symptoms as a transient, normal response to an adverse life event, not requiring intensive treatment.


Furthermore, before 1980, people who did develop long-term symptoms following trauma were viewed as implicitly vulnerable; the role of the actual event in precipitating their symptoms was minimized. For a while, in a reversal of previous thinking, experts expected most trauma survivors to develop PTSD. More recent research has confirmed that only about 25 per cent of individuals who are exposed to trauma develop PTSD.


So who is likely to develop PTSD following a traumatic experience, and why? The answer is not yet clear, but it now appears that PTSD represents a failure of the body to extinguish or contain the normal nervous system response to stress. This failure is associated with many factors:

People also seek medical help for problems that may develop after the trauma that can mask or intensify PTSD symptoms. These symptoms include chronic pain, fatigue, headaches, muscle cramps, and self-destructive behavior, including alcohol or drug abuse and suicidal gestures. Often, survivors are not aware that their physical symptoms are related to their traumatic experiences. They may even fail to mention those disturbing events to their physicians, which can make PTSD difficult to diagnose accurately.


Some PTSD symptoms in teens may begin to look like those of adults. One difference is that teens are more likely than younger children or adults to show impulsive and aggressive behaviors.

School-aged children (ages 5-12)
These children may not have flashbacks or problems remembering parts of the trauma, the way adults with PTSD often do. Children, though, might put the events of the trauma in the wrong order. They might also think there were signs that the trauma was going to happen. As a result, they think that they will see these signs again before another trauma happens. They think that if they pay attention, they can avoid future traumas.

Children of this age might also show signs of PTSD in their play. They might keep repeating a part of the trauma. These games do not make their worry and distress go away. For example, a child might always want to play shooting games after he sees a school shooting. Children may also fit parts of the trauma into their daily lives. For example, a child might carry a gun to school after seeing a school shooting.

Teens (ages 12-18)
Some PTSD symptoms in teens may begin to look like those of adults. One difference is that teens are more likely than younger children or adults to show impulsive and aggressive behaviors. 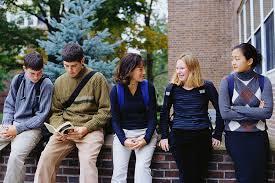 Wikimedia Commons
Teen experience of PTSD can mimic those of adults and include re-experiencing a traumatic event, flashbacks, and nightmares.

Adult symptoms may include:


Below the surface, some children from deprived surroundings, have vastly different hormone levels than their parent-raised peers even beyond the baby years. Studies have shown that children who experienced early deprivation also had different levels of oxytocin and vasopressin (hormones that have been linked to emotion and social bonding), despite having had an average of three years in a family home.


It has been thought that these changes in hormones and neurotransmitters impair development of vulnerable brain regions. If we observe an association between a history of abuse and the presence of a physical abnormality, the abuse may have caused that abnormality. But it is also possible that the abnormality occurred ﬁrst and elevated the likelihood of abuse, or that the abnormality ran in the family and led to more frequent abusive behavior by family members or other relatives.


People with PTSD actively avoid situations that might bring back memories of the trauma.
Posted by David Balog at 12:09 AM