To learn better, take a nap (and don't forget to dream)

Source:
Beth Israel Deaconess Medical Center
Summary:
It is by now well established that sleep can be an important tool when it comes to enhancing memory and learning skills. And now, a new study sheds light on the role that dreams play in this important process.
FULL STORY 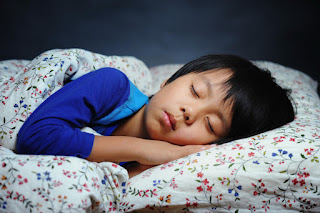 It is by now well established that sleep can be an important tool when it comes to enhancing memory and learning skills. And now, a new study sheds light on the role that dreams play in this important process.


Led by scientists at Beth Israel Deaconess Medical Center (BIDMC), the new findings suggest that dreams may be the sleeping brain's way of telling us that it is hard at work on the process of memory consolidation, integrating our recent experiences to help us with performance-related tasks in the short run and, in the long run, translating this material into information that will have widespread application to our lives.

"What's got us really excited, is that after nearly 100 years of debate about the function of dreams, this study tells us that dreams are the brain's way of processing, integrating and really understanding new information," explains senior author Robert Stickgold, PhD, Director of the Center for Sleep and Cognition at BIDMC and Associate Professor of Psychiatry at Harvard Medical School. "Dreams are a clear indication that the sleeping brain is working on memories at multiple levels, including ways that will directly improve performance."
At the outset, the authors hypothesized that dreaming about a learning experience during nonrapid eye movement (NREM) sleep would lead to improved performance on a hippocampus-dependent spatial memory task. (The hippocampus is a region of the brain responsible for storing spatial memory.)
To test this hypothesis, the investigators had 99 subjects spend an hour training on a "virtual maze task," a computer exercise in which they were asked to navigate through and learn the layout of a complex 3D maze with the goal of reaching an endpoint as quickly as possible. Following this initial training, participants were assigned to either take a 90-minute nap or to engage in quiet activities but remain awake. At various times, subjects were also asked to describe what was going through their minds, or in the case of the nappers, what they had been dreaming about. Five hours after the initial exercise, the subjects were retested on the maze task.

The results were striking.
The non-nappers showed no signs of improvement on the second test -- even if they had reported thinking about the maze during their rest period. Similarly, the subjects who napped, but who did not report experiencing any maze-related dreams or thoughts during their sleep period, showed little, if any, improvement. But, the nappers who described dreaming about the task showed dramatic improvement, 10 times more than that shown by those nappers who reported having no maze-related dreams.
"These dreamers described various scenarios -- seeing people at checkpoints in a maze, being lost in a bat cave, or even just hearing the background music from the computer game," explains first author Erin Wamsley, PhD, a postdoctoral fellow at BIDMC and Harvard Medical School. These interpretations suggest that not only was sleep necessary to "consolidate" the information, but that the dreams were an outward reflection that the brain had been busy at work
"The subjects who dreamed about the maze had done relatively poorly during training," explains Wamsley. "Our findings suggest that if something is difficult for you, it's more meaningful to you and the sleeping brain therefore focuses on that subject -- it 'knows' you need to work on it to get better, and this seems to be where dreaming can be of most benefit."
Furthermore, this memory processing was dependent on being in a sleeping state. Even when a waking subject "rehearsed and reviewed" the path of the maze in his mind, if he did not sleep, then he did not see any improvement, suggesting that there is something unique about the brain's physiology during sleep that permits this memory processing.
"In fact," says Stickgold, "this may be one of the main goals that led to the evolution of sleep. If you remain awake [following the test] you perform worse on the subsequent task. Your memory actually decays, no matter how much you might think about the maze.
"We're not saying that when you learn something it is dreaming that causes you to remember it," he adds. "Rather, it appears that when you have a new experience it sets in motion a series of parallel events that allow the brain to consolidate and process memories."
Ultimately, say the authors, the sleeping brain seems to be accomplishing two separate functions: While the hippocampus is processing information that is readily understandable (i.e. navigating the maze), at the same time, the brain's higher cortical areas are applying this information to an issue that is more complex and less concrete (i.e. how to navigate through a maze of job application forms).
"Our [nonconscious] brain works on the things that it deems are most important," adds Wamsley. "Every day, we are gathering and encountering tremendous amounts of information and new experiences," she adds. "It would seem that our dreams are asking the question, 'How do I use this information to inform my life?'"
Study coauthors include BIDMC investigators Matthew Tucker, Joseph Benavides and Jessica Payne (currently of the University of Notre Dame).
This study was supported by grants from the National Institutes of Health.