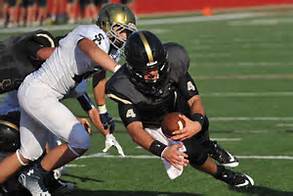 As Ryan Shazier continues to undergo tests at the University of Cincinnati Medical Center for a spine injury, he tweeted a thank-you Tuesday evening.
Shazier was injured during the Pittsburgh Steelers' win over the Cincinnati Bengals onMonday Night Football. He was taken by ambulance to the hospital after being removed from the field on a backboard.
"Thank you for the prayers. Your support is uplifting to me and my family. #SHALIEVE"

Ryan Shazier
✔@RyanShazier
Thank you for the prayers. Your support is uplifting to me and my family. #SHALIEVE

Twitter Ads info and privacy
Earlier Tuesday, team general manager Kevin Colbert said Shazier is not expected to need surgery. Doctors released a statement that said he will remain hospitalized for more tests and evaluations during the next 24-48 hours.
Shazier underwent a CT scan and MRI after being injured in the first quarter of the Steelers' 23-20 win.
After he tackled receiver Josh Malone with the crown of his helmet, he slumped to the turf and his body went limp. He later grabbed his middle back and it appeared he was having trouble moving his legs.

How does the spinal cord work? To understand what can happen as the result of a spinal cord injury, it is important to understand the anatomy of the spinal cord and its normal functions. The spinal cord is a tight bundle of neural cells (neurons and glia) and nerve pathways (axons) that extend from the base of the brain to the lower back. It is the primary information highway that receives sensory information from the skin, joints, internal organs, and muscles of the trunk, arms, and legs, which is then relayed upward to the brain. It also carries messages downward from the brain to other body systems.

Millions of nerve cells situated in the spinal cord itself also coordinate complex patterns of movements such as rhythmic breathing and walking. Together, the spinal cord and brain make up the central nervous system (CNS), which controls most functions of the body. The spinal cord is made up of neurons, glia, and blood vessels. The neurons and their dendrites (branching projections that receive input from axons of other neurons) reside in an H-shaped or butterfly-shaped region called gray matter. The gray matter of the cord contains lower motor neurons, which branch out from the cord to muscles, internal organs, and tissue in other parts of the body and transmit information commands to start and stop muscle movement that is under voluntary control.

Lumbar spinal nerves (L1 to L5) emerge from the spinal cord in the low back and control signals to the lower parts of the abdomen and the back, the buttocks, some parts of the external genital organs, and parts of the leg. Between the vertebrae of the spinal column are discs that act as passages through which the spinal nerves travel. These places are particularly vulnerable to injury
Posted by David Balog at 12:27 AM