One Month After: 'Fear of Trump' Is Making Some Youth Physically Sick 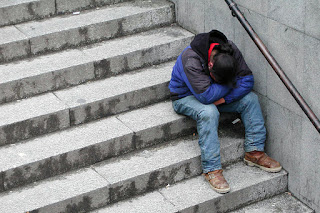 One month after Trump's 'election,' many adults anecdotally and many children, documented, express more fear and anxiety about Donald Trump. In this excerpt from an article published by Common Dreams, we look at 'fear of Trump.'

To find more detailed information about fear, our most powerful emotion, get our book, Healing the Brain.

After a campaign built on xenophobic remarks, a pledge to construct a massive wall across the southern border, and promises to form "a deportation force" to rid the nation of millions of undocumented immigrants, it's not surprising the psychological impact of Donald Trump's rhetoric would be most sharply felt among those living within those communities.

"People worry their families will be broken up, that parents will be deported and children will end up in foster care, on a scale that we’ve never seen before. The feeling out there is one of great fear." —Marielena Hincapié, National Immigration Law Center

And now, with the reality setting in that Trump will soon by the President of the United States, the Guardian reports Friday how pediatricians serving in communities with large populations of undocumented immigrants are seeing a spike in anxiety-related physical illnesses, most notably among children expressing worry that they, their parents, or other loved ones will soon be arrested or deported.

As the Guardian's Andrew Gumbel reports:

One little boy in North Carolina has been suffering crippling stomach aches in class because he’s afraid he might return home to find his parents gone. In California, many families are reporting that their children are leaving school in tears because their classmates have told them they are going to be thrown out of the country.
Children are showing up in emergency rooms alone because their parents are afraid of being picked up by Immigration and Customs Enforcement if they show their faces. Even American-born children are suffering – one boy in the south-east asked a doctor for Prozac because he was worried about his undocumented friend.

"It’s as though a volcano erupted. It’s been awful," said Mimi Lind, director of behavioral health at the Venice Family Clinic, one of the largest providers of healthcare to low-income families in southern California. "People who don’t have a history of anxiety and depression are coming forward with symptoms they’ve never had before. And people who had those symptoms already are getting much worse."


It’s too soon to put precise figures on the wave of Trump-related anxiety, but health professionals and immigrant rights groups say it is unmistakable. "People worry their families will be broken up, that parents will be deported and children will end up in foster care, on a scale that we’ve never seen before. The feeling out there is one of great fear," said Marielena Hincapié of the National Immigration Law Center.


LEARN MORE ABOUT ANXIETY AND FEAR IN OUR NEW BOOK.