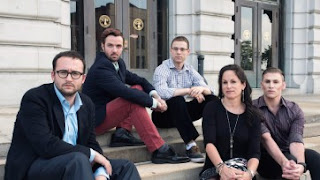 The Southern Poverty Law Center has documented an alarming rise in hate crimes and language in our schools post-Trump. These incidents appear in The Trump Effect, just published by the SPLC. Read them and support A Thousand Moms' new publishing effort, Healing the Brain.

“Since the election, every single secondary school in our district has had issues with racist, xenophobic or misogynistic comments cropping up. In the week since the election, I have personally had to deal with the following issues: 1) Boys inappropriately grabbing and touching girls, even after they said no (this never happened until after the election); 2) White students telling their friends who are Hispanic or of color that their parents are going to be deported and that they would be thrown out of school; 3) White students going up to students of color who are total strangers and hurling racial remarks at them, such as, ‘Trump is going [to] throw you back over the wall, you know?’ or ‘We can’t wait until you and the other brownies are gone’; 4) The use of the n-word by white students in my class and in the hallway. Never directed towards a student of color (that I’ve been told yet), but still being casually used in conversation.” — MIDDLE SCHOOL TEACHER, INDIANA

“The slurs have been written on assignments. ‘Send the Muslims back because they are responsible for 9/11.’” — HIGH SCHOOL TEACHER, MINNESOTA

"’I hate Muslims.’ (Student blurted this while the class was learning about major religions.)” — MIDDLE SCHOOL TEACHER, WASHINGTON

“I’ve had a lot of students repeat the phrase ‘Trump that bitch’ in my class, and make jokes about Hispanic students ‘going back to Mexico.’” — HIGH SCHOOL TEACHER, GEORGIA

“A proud proclamation of racism was made by a student after the election: ‘Bet those black people are really scared now.’” — HIGH SCHOOL TEACHER, MICHIGAN

“White males have been overheard saying, ‘screw women’s rights, fag lover liberal, build the wall, lock her up.’ The rebel flag is draped on the truck of a popular student, and the p-word has been used very casually, citing Trump as the excuse.” — HIGH SCHOOL TEACHER, MICHIGAN

“Today I photographed vandalism in the boy’s bathroom that mentioned a specific black student (1 of 7 in a school of 200). It repeatedly mentioned the KKK, used the n-word and joining Jews. A student drew a swastika on my board a few days ago. A black female ran out of a room crying after being racially harassed by multiple students during two different classes. One student … reported asking two different Latina students if they were ready to move back to Mexico now that Trump is president. I have witnessed an increase in racist and sexist jokes by students who support Trump. I personally spent most of the day putting out fires related to these issues, including documenting and reporting them. Multiple white males also expressed anger over the school wanting to post signs stating we are a sanctuary school.” — HIGH SCHOOL TEACHER, OREGON