In pregnancy, not one drink is safe

Fetal Alcohol Spectrum Disorders describes the large number of developmental disabilities accountable to drinking alcohol while pregnant. Fetal Alcohol Syndrome is the largest single, preventable cause of developmental disabilities. In our latest Healing the Brain book, we focus on this huge problem for children--a life-long matter--and for parents and for the foster care system, where many of these children come to live.

From the book:
Fetal alcohol spectrum disorders (FASDs) are serious, lifelong birth defects and developmental disabilities caused by prenatal alcohol exposure. They are 100% preventable. Still, a surprisingly large number of children are born with FASDs each year. FASDs are a public health problem we must face. The U.S. Surgeon General has stated clearly that no amount of alcohol consumption can be considered safe for a pregnant woman and that alcohol can damage a fetus at any stage of pregnancy (Office of the Surgeon General, 2005). Yet, recent U.S. surveys reveal that approximately 12% of pregnant women still drink alcohol (CDC, 2004; SAMHSA, 2007). This means 1 in 8 fetuses are exposed to alcohol and placed at risk for FASDs. Maternal alcohol use is a growing worldwide phenomenon. It affects children and families of all ethnicities in all societies. Important international collaborative research is beginning to describe the alarming scope of this problem. While community and professional awareness of FASDs have increased, expanded awareness and informed action are sorely needed.

FASDs are considered both medical conditions and developmental disabilities.

FASDs cause a range of lasting medical and developmental problems and result in economic losses of billions of dollars. FASDs can also mean long-standing suffering for families. FASDs are considered both medical conditions and developmental disabilities. They include a wide range of conditions, from subtle neurodevelopmental impairments to the full fetal alcohol syndrome (FAS).  Individuals with FASDs can have physical, mental, behavioral, and/or learning disabilities with possible lifelong implications. Research shows that individuals with FASDs often have significant, long-term deficits in functional life skills.

These deficits lead to problems with day-to-day functioning as well as health care, including birth defects and increased risk for injury, unintended pregnancy, and sexually transmitted diseases. FASDs can also be associated with mental health difficulties, disrupted school and  job experiences, trouble with the law, difficulties with independent living, substance abuse, problems with parenting, and more (Bertrand et al., 2004; Streissguth et al., 2004). The median adjusted annual cost of fetal alcohol syndrome has been estimated at $3.6 billion, but the costs associated with the entire fetal alcohol spectrum are surely much higher. 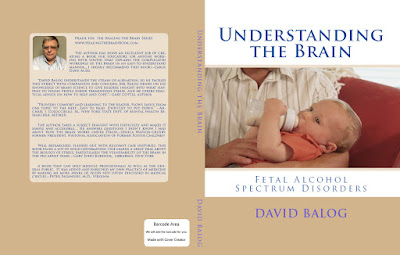