The Man Who Couldn’t Remember

Our new release, Healing the Brain: Memory gives readers insight into the memory systems in our brain. They make us who we are: 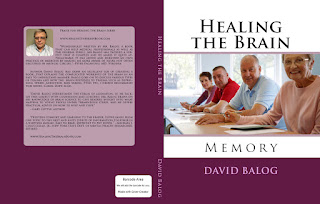 This is the power of memory: a system that captures pictures, smells, sounds, events, directions--endless amounts of information every day--and then seconds or decades later calls it up for us. Memories--what we've learned and what we've done--in a large sense make us who we are. To appreciate this, think if your ability to form any new memories were suddenly cut off.

Who would you be? By studying people who've lost their memories, scientists have learned enormous amounts about how learning and memory work in healthy brains. And what they used to think was relatively straightforward they've since found is fascinatingly complex, thanks in large part to one man. 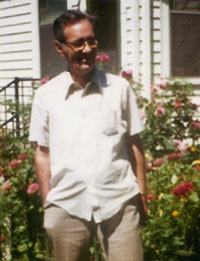 Nova/PBS
The man known as H.M. made perhaps the most important contribution to the study of memory after an operation left him unable to form new long-term memories.

In 1953, radical, experimental brain surgery was used on a patient with severe epilepsy. The operation on "H.M." worked, but left him with almost no long-term memory. His case has helped scientists understand much more about the brain. For decades, the Connecticut native, known only by his initials, H.M., was the most famous patient in the study of memory and the human brain. He was a research participant for 53 years, first at the Hartford Hospital with William Beecher Scoville and Brenda Milner, then at the Montreal Neurological Institute, and after 1964 at MIT and Massachusetts General Hospital. At H.M.’s death in 2008, his full name was revealed: Henry Gustav Molaison.

The horrendous price that H.M. paid for an operation that essentially ended his seizures was a severe case of amnesia--an inability to acquire new memories, to commit to memory even the simplest events of his day or the world around him, and then to effectively retrieve those memories. This unintentional experiment, never repeated, showed that the hippocampus and medial temporal lobes are where the brain converts short-term memory into long-term memory.
H.M. could remember everything that happened prior to the operation. He could remember the trauma of his childhood. He could remember going to elementary school, to high school, working in the assembly plant. What he couldn't do was hold on to new information for more than a few minutes.