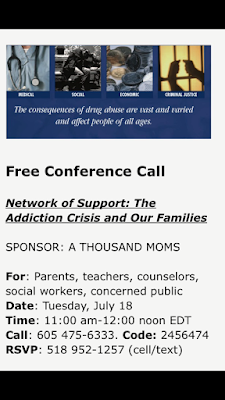 Join us for our Network of Support!

Here's a preview:
Why do people take drugs?


Over time, if drug use continues, other pleasurable activities become less pleasurable, and taking the drug becomes necessary for the user just to feel “normal.”
Posted by David Balog at 3:44 PM