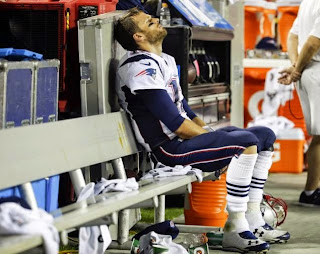 From our new book, Healing the Brain, we look at the danger from concussions and CTE. Parents need to decide whether to allow their children to play football or soccer, among other threats.


It is fairly remarkable that “Concussion,” the movie, exists. Ten years ago, the public did not know much about concussions and other forms of brain trauma. People weren’t watching football games and thinking about the long-term neurological effects of the brutal body contact. A veil was lifted on a topic rarely discussed as more and more football players reported disturbing neurological symptoms after their careers had ended. A disturbing series of suicides were reported. Around 2009, the National Football League (NFL) started getting criticism for its outdated concussion policies. In 2013, a book and corresponding documentary that tackled the issue, “League of Denial,” were released. At the end of 2015, Hollywood brought us a major motion picture that stars Will Smith as a neuropathologist fighting to reveal the truth about head trauma in football players.
Parents around America began to reconsider their willingness to allow their children to play the sport, one that plays a major role in the sports and cultural life of the country.
A concussion is a type of traumatic brain injury—or TBI—caused by a bump, blow, or jolt to the head or by a hit to the body that causes the head and brain to move rapidly back and forth. This sudden movement can cause the brain to bounce around or twist in the skull, stretching and damaging the brain cells and creating chemical changes in the brain.

Medical providers may describe a concussion as a “mild” brain injury because concussions are usually not life-threatening. Even so, the effects of a concussion can be serious.

Chronic traumatic encephalopathy (CTE) is the term used to describe brain degeneration likely caused by repeated head traumas. CTE is a diagnosis only made at autopsy by studying sections of the brain.
CTE is a very rare condition. It has been found in the brains of people who played contact sports, such as football, as well as others. Some symptoms of CTE are thought to include difficulties with thinking (cognition), physical problems, emotions and other behaviors.
The condition is a very controversial condition that is still not well-understood. Researchers do not yet know the frequency of CTE in the population and do not understand the causes. There is no cure for CTE.
Some of the possible signs and symptoms of CTE may include: difficulty thinking (cognitive impairment), impulsive behavior, depression or apathy, short-term memory loss, difficulty planning and carrying out tasks (executive function), emotional instability, substance abuse, and suicidal thoughts or behavior
Other suspected symptoms may include: irritability, aggression, speech and language difficulties, motor impairment, such as difficulty walking, tremor, loss of muscle  movement, weakness or rigidity, trouble swallowing (dysphagia), vision and focusing problems, trouble with sense of smell (olfactory abnormalities), and dementia
The full list of symptoms of people with CTE at autopsy is still unknown. It is unclear what kind of symptoms, if any, it may cause. Little is known right now about how CTE progresses.

When to See a Doctor

CTE is thought to develop over many years after repeated brain injuries (mild or severe). However, see your doctor in case of the following:
Posted by David Balog at 6:04 PM