When are we MOST at-risk for getting addicted? 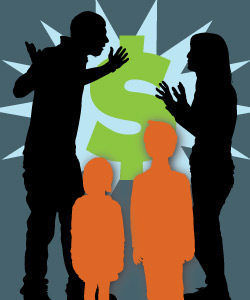 A friend said to me that the only way he'll get through watching election returns is to have a few drinks of wine. Seems benign, but what times in our lives make us most vulnerable for drug use? Here's an excerpt from our new book, Healing the Brain:

Risk of drug abuse increases greatly during times of transition.

For an adult, a divorce or loss of a job may lead to drug abuse; for a teenager, risky times include moving or changing schools. In early adolescence, when children advance from elementary through middle school, they face new and challenging social and academic situations. Often during this period, children are exposed to abusable substances such as cigarettes and alcohol for the first time. When they enter high school, teens may encounter greater availability of drugs, drug use by older teens, and social activities where drugs are used.

At the same time, many behaviors that are a normal aspect of their development, such as the desire to try new things or take greater risks, may increase teen tendencies to experiment with drugs.

Some teens may give in to the urging of drug-using friends to share the experience with them. Others may think that taking drugs (such as steroids) will improve their appearance or their athletic performance or that abusing substances such as alcohol or MDMA (ecstasy or “Molly”) will ease their anxiety in social situations. A growing number of teens are abusing prescription ADHD stimulants such as Adderall® to help them study or lose weight. Teens’ still-developing judgment and decision-making skills may limit their ability to accurately assess the risks of all of these forms of drug use. Using abusable substances at this age can disrupt brain function in areas critical to motivation, memory, learning, judgment, and behavior control.

So, it is not surprising that teens who use alcohol and other drugs often have family and social problems, poor academic performance, health-related problems (including mental health), and involvement with the juvenile justice system.