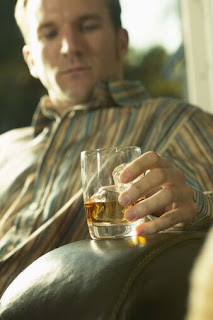 Depressed after the recent election? Many Americans are. When does just having the "blues" turn into something serious, worthy of medical attention? Read this excerpt from our new book, Healing the Brain.

Scientists have long acknowledged the brain’s circuitry and biochemical processes as integral aspects of depression, specifically as these processes control neurotransmitters that control mood. Beginning in the 1970s, neuroimaging technologies rapidly advanced the study of how brains function – or fail to function. Functional magnetic resonance imaging (fMRI), which became available to researchers over the past 20 years, gives cognitive neuroscientists a 3-D view of neural activity within the brain.

Studies using this technology demonstrate the role of neurotransmitters serotonin, norepinephrine, and dopamine as they regulate mood in the human body. Scientists still aren’t exactly sure why individuals with depression have low amounts of these neurotransmitters, yet they do know that for some, antidepressants that specifically target how the brain balances these these neurotransmitters are an effective therapeutic intervention.

Studies show the benefits of combining medication and psychotherapy.

Yet much controversy surrounds the issue of prescribing antidepressants, with some claiming that too often an individual is prescribed a pill without receiving the benefits of psychotherapy or talk therapy. Leigh Matthews, psychologist and director of Urban Psychology in Brisbane, Australia, treats adult clients for depression. There is an abundance of studies evidencing the efficacy of the combination of medication and psychotherapy.

But psychology, Matthews said, tries to first focus on treatment without medication, so it’s not always respected by other disciplines, such as general practice physicians or psychiatrists. But the process of psychotherapy and its outcomes last far longer than simply prescribing medication. Yet there are times when medication is absolutely essential, according to Matthews, who also supervises psychologists-in-training at the University of QLD, and those completing their internships through the Australian College of Applied Psychology.

She said when clients are so depressed that they can’t get out of bed, think rationally, or use any of the strategies proposed in session, then it’s time for medication. Or when clients verbalize suicidal ideation and intent indicating severe depression, then medication is absolutely required.

Also if an individual has a long history of depression, or a strong family history suggesting a genetic basis, then “perhaps they, like a diabetic requiring insulin, need long-term pharmacotherapy to rectify neurochemical imbalances.”